The costs of fatalities and injuries due to traffic accidents have a great impact on the society. In recent years, researchers have paid increasing attention to determining factors that significantly affect severity of driver injuries caused by traffic accidents. Applying data mining techniques to model traffic accident data records can help to understand the characteristics of driver's behaviour, roadway condition and weather condition that were causally connected with different injury severity.

Motor Vehicles Are Second-Leading Cause of Death Due to Injury.

The objective of our project is as follows

The data for Seattle and Boston are scraped separately.

Wunderground Historical Weather Data - The data was scraped using BeautifulSoup. The data consists of weather information such as temperature, fog, wind speed, humidity, precipitation. The code for scraping Wunderground data is as follows

Socrata 911 Response Data : The  911 response data consists of accident information such as type of incident, date, time, latitude, longitude, number of people injured. The code for scraping the 911 response data is as follows

Cambridge Accidents Data : This is a open source data.

Visualizing The Workflow For Seattle:

The Wunderground Historical Weather Data and Socrata 911 Response Data are merged together by Date in the scrape modules. Once the data is transformed, Exploratory Data Analysis is performed in python. Then the machine learning algorithms are applied to the data.

The plot shows that few variables have linear relationship between the variables. But most of them have a scattered points plot which means that there is randomness associated with the data. The randomness is a big concern when it comes to predictive with the data.

The models performed are Logistic Regression, Random Forest and Gradient Boosting. The log of the best models in each category is as follows

The maximum accuracy is obtained from Random Forest.

Grid Search : Parameters that are not directly learnt within estimators can be set by searching a parameter space for the best Cross Validation with evaluating the estimator performance score. Using the GRID SEARCH for optimizing these hyperparameter of a Random Forest, the details of the model output is as follows

The accuracy increased from 65% to 72% by using grid search.

Visualizing The Workflow For Boston :

Cambridge Government Data is considered as bad data because it doesnot have any predictive variables present in it. The data such as latitude and longitude along with time can be used to find patterns. Exploratory Data Analysis is done with Tableau. The model building is done with R.

Map based on Accidents Occurred In Boston:

The distribution of road accidents based on location is as follows 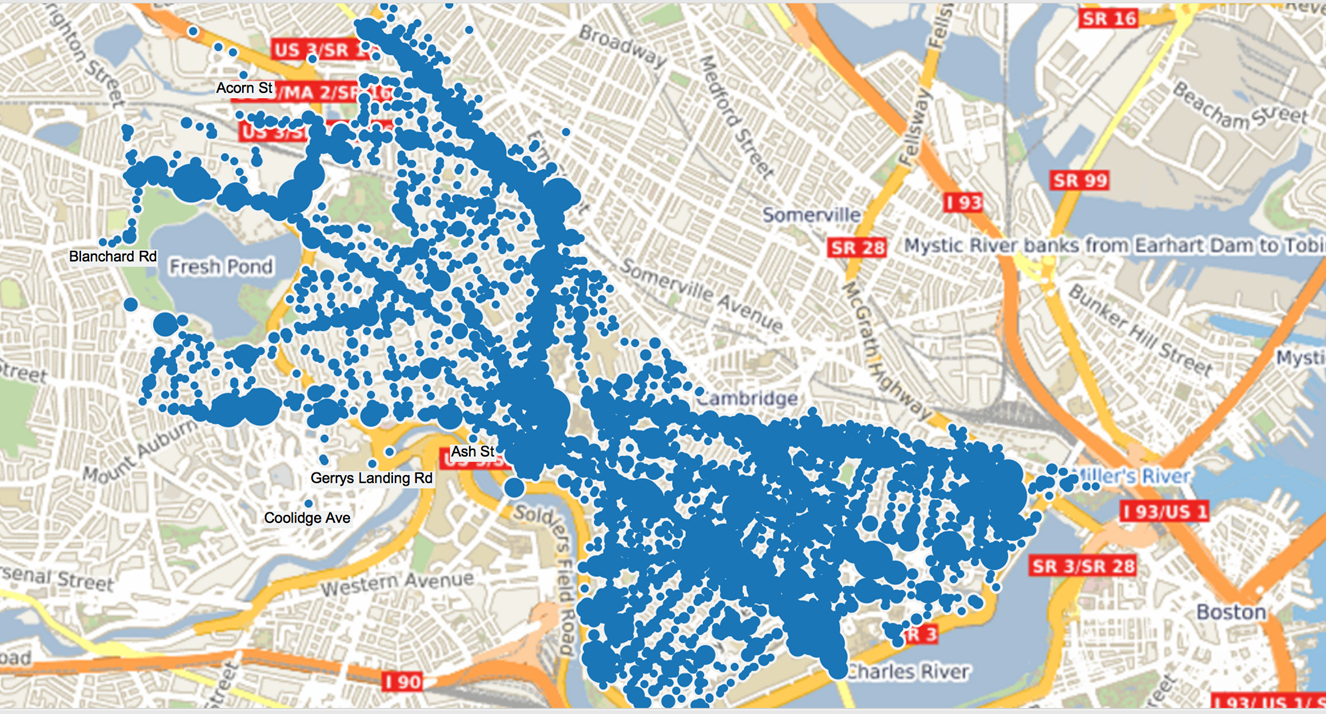 Based on the map, we can find that Massachusetts Avenue and Cambridge Street accounts for more accidents compared to other locations.

Distribution Of Accidents Based on Day:

The distribution of accidents occurred over the week is as follows 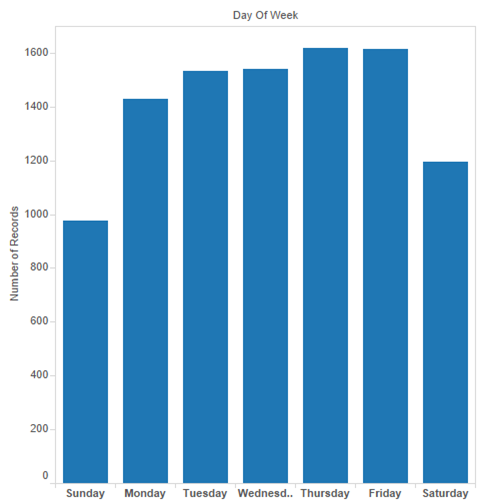 Distribution Of Accidents Based on Time 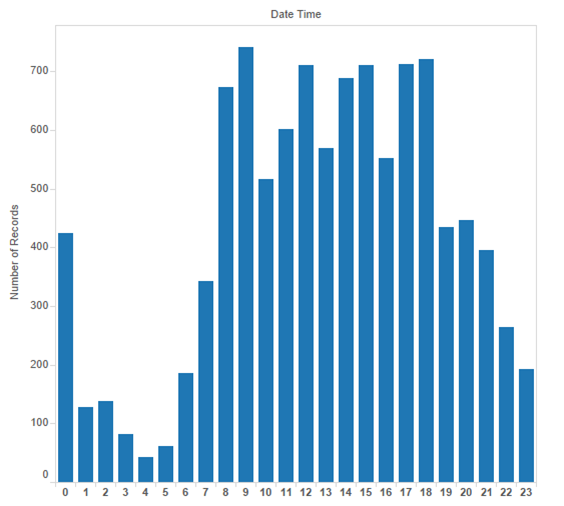 The Auto, Passenger Car and Light Truck vehicles such as van and mini van are the most dangerous vehicles

Bubble Chart of Automobile Which Hit :

The Auto, Passenger Car and Light Truck vehicles such as van and mini van are the most dangerous vehicles

Bubble Chart of Automobile Which Got Hit :

The Auto, Parked Vehicle and Bicycle are the vehicles which gets most hit by accident.

Based on the Within Sum of Squares plot, we can decide the number of clusters to be 4. ( 4 clusters because we chose based on Knee Rule)

The hierarchical clustering dendogram plot with the percentage coverage is 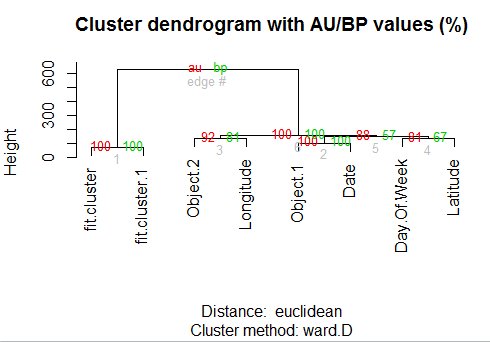 The AU is nothing but Approximately Unbiased and BP is Bootstrap p value. The tree is constructed based on euclidean distance.

Time Series Forcasting – Number Of Accidents  Over The Years:

The model summary of the time series forecasting is as follows

The estimated forecast for the upcoming years is as follows 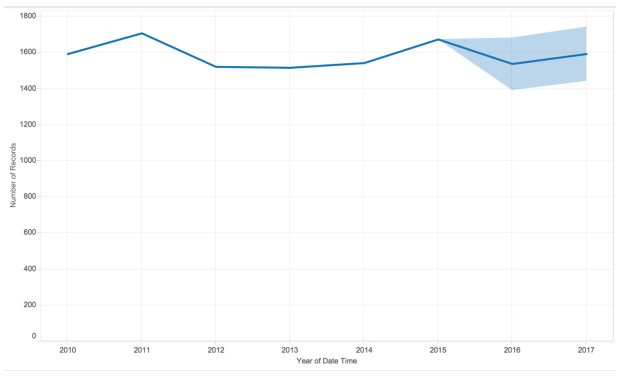 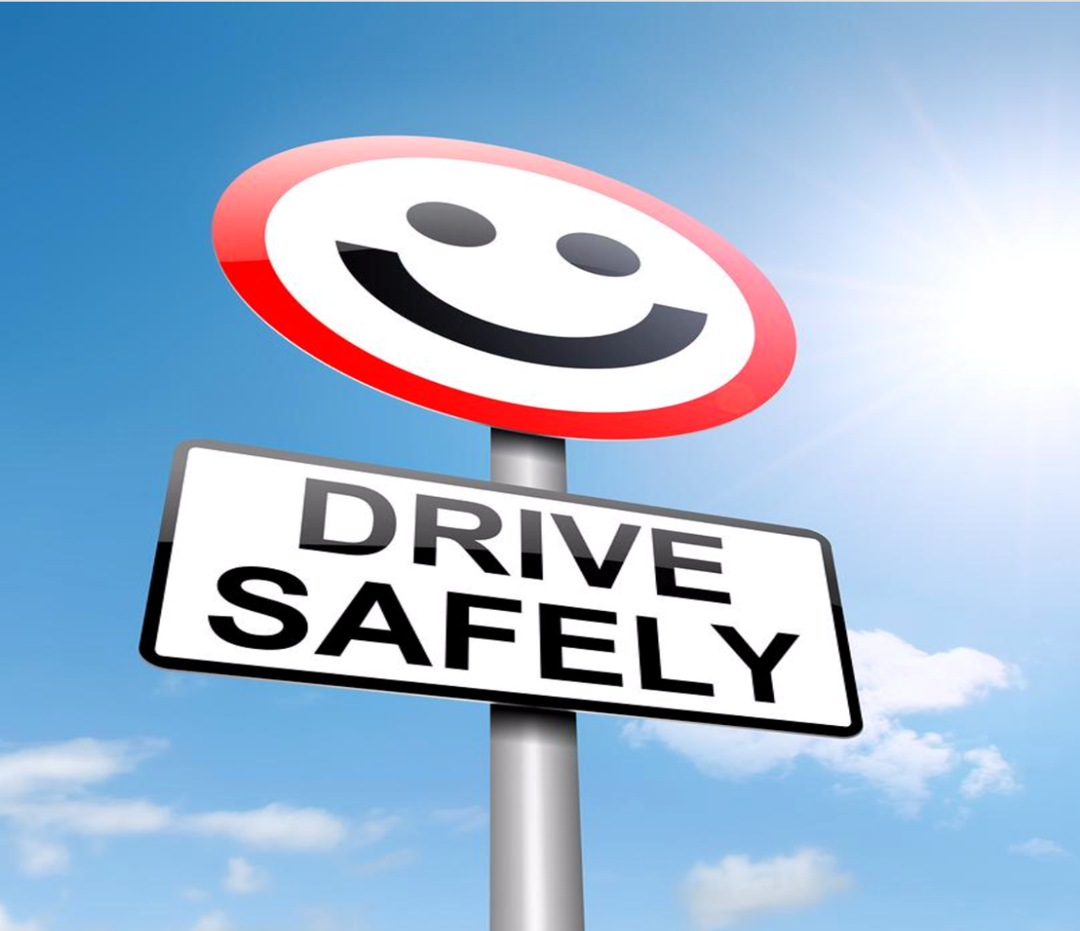