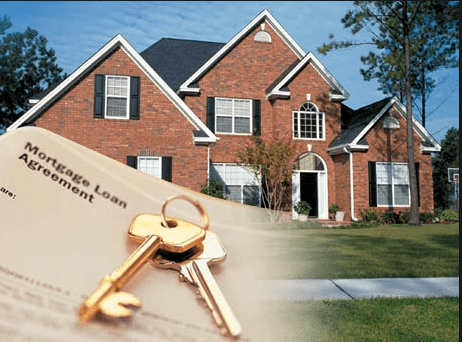 Contributed by Radhey Shyam. He  is currently in the NYC Data Science Academy 12 week full time Data Science Bootcamp program taking place between April 11th to July 1st, 2016. This post is based on his second class project - R Shiny (due on the 4th week of the program).

and the Federal Home Loan Bank

System.  FHFA with its  combined entities provide more than $5.5 trillion in funding for the U.S.  mortgage markets and financial institutions. It was created in July of 2008 under  Housing and Economic Recovery Act of 2008 and under this, the data is made available for  public use.

For this project, I used Single-Family Census Tract File from FHFA website. It consists of data thirty nine columns having detailed information such as gender, race, and age of the borrower as well as the census tract location of the property . I combined the data files from five years from 2010-2014 and final combined consisting of  more than 22 million rows and 39 columns. For analyzing such a huge data, I decided to concentrate on some key factors like age, race and gender of the borrowers and co-borrowers from all 50 states.

My aim  was to find that is there any difference between the gender, race and age profiles of borrowers  and overall trend of the home mortgage data.

First of all, data text files are available separately for Fannie Mae and Freddie Mac enterprises and  by years wise from 2014 to 2010, so I have to load the text files into the local df by year wise and check their dimensionality and repeat the process for years from 2014 to 2010.

There are no missing values in the datasets but there are numerical codes for not available and not available values.For example , there were 171 rows out of 1.89 million rows ( less than 0.010 percent)  that have missing  state codes  in 2014 Fannie Mac

Repeating the same steps for checking for missing of values for all other years .Finally , I bind all the rows together and final data frame contains more than $22 millions rows.

Now, I decided to created  another data frame having summary of state-wise results because Shiny web was very slow and took lot of time for loading such a large date-frame.  Also, the data contains only state codes, I have to create another table for state codename from R's  state.abb and state.name . But it has information for only 50 states . But I verified and found that our data set  contains 54 state codes , So I have to found additional codes from MSA files for DC,GUAM, ADJUNTAS MUNICIPIO and ST CROIX ISLAND . Then, I manually inserted then into the state  full name table. For finding state wise results, I decide to first group_by year, then by state code and finally by gender and summarize  the final group_by df by gender count.

Designing and creating the Shiny App:

After the data has been summarized into a smaller data frame, it was faster to run the shiny app. As it is a massive data, I decided to add a select box to select the state and user can also select the columns to display in the data or all data can be loaded into data tab. Below is the  snap shop of the app

By selecting the state,we can see the bar chart of gender profile of Borrowers in the state for last five years.

We can also see the summarized data of all the states.

Once the data was clean and then main part challenge was how to organize such a large data ( more than 22 million rows) for viewing. The main challenge was how to design the data for summary .Once I figured out that , then it was smooth process. The Shinny was fun to work and did not require much coding , the only trick part was how to make your data/bar graphs  change to inputs(by making data reactive) .

I would like to add more factors/tabs  to the app in the future.

Radhey Shyam received his Ph.D. in Physics from Clemson University, USA and M.S. (Computer Science & Engineering) from GJU of Science & Technology, India. Radhey Shyam did his master's thesis on Network Monitor System, where he applied innovative idea of parallel processing using multiple threads in VC++, which make the network monitoring process faster by ten times and hence, was awarded distinction for his thesis work. During his first two years in Ph.D., he worked in Computational Physics lab, utilizing Clemson University's high-performance computing (HPC) resources to make top ten predictions of protein-protein docking algorithms. Then, he switched field to Experimental Physics and worked on inter-disciplinary project with Electrical & Computer Engineering to fabricate Metal-Oxide- Semiconductor(MOS) capacitors, to study the energy loss of single charged and multiple charged ions in MOS dielectric films. Currently, he is honing his analytical and computational skills in Data Science and looking for a position in industry.