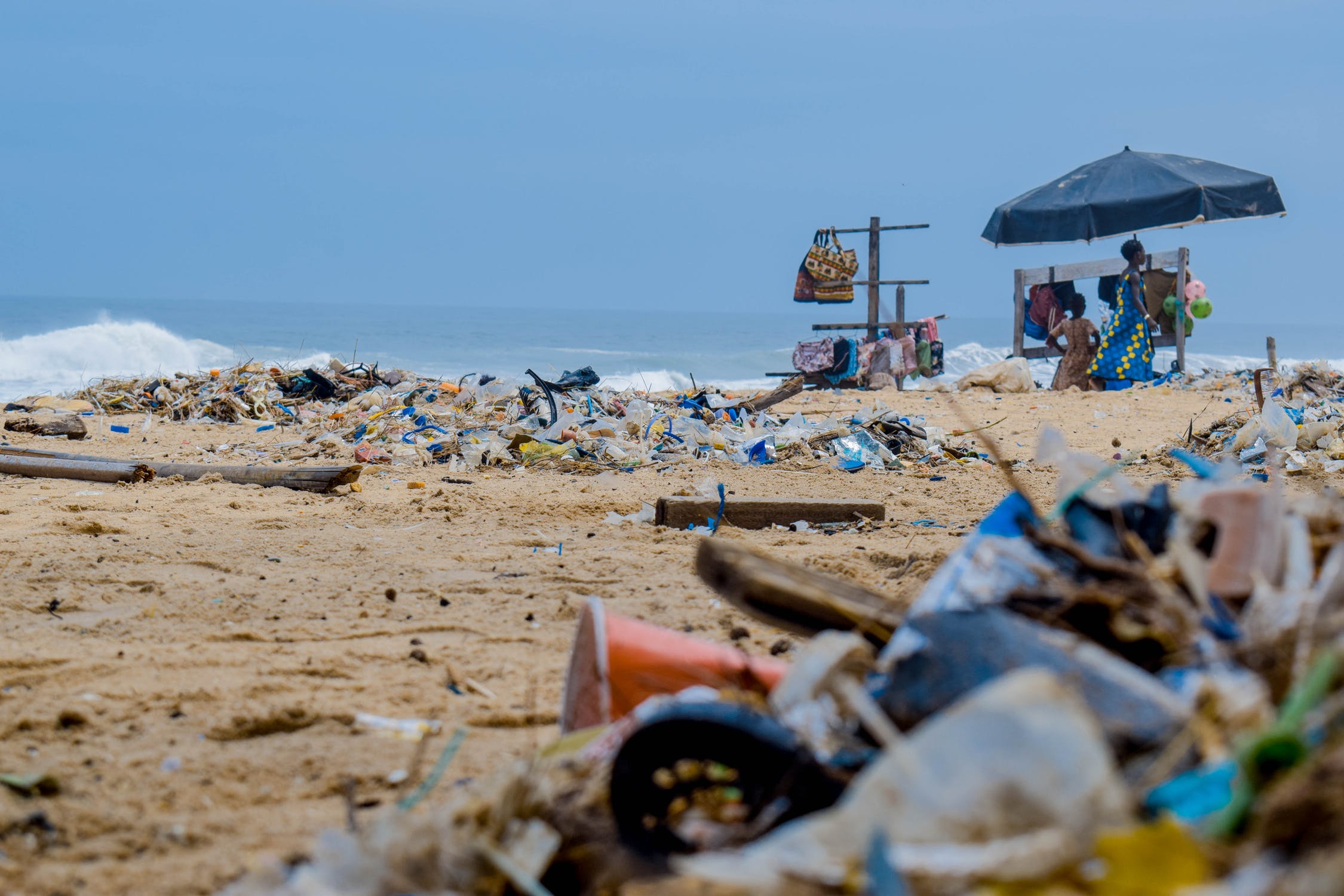 “The global plastic production has mushroomed over the past 70 years. In 1950 the world produced only 2 million tonnes per year. Since then, annual production has increased by nearly 200-fold, reaching 381 million tonnes in 2015. For context, this is roughly equivalent to the mass of two-thirds of the world population”. An estimated 8.3 billion tons of plastic have been produced since the 1950s — that’s equivalent to the weight of more than 800,000 Eiffel Towers. And only 20% of it has been recycled.

Plastic Ocean  vividly portrays the problem. You can watch it:

After knowing these shocking facts, I decided to launch a web app in R shiny that discovered and visualized insights among the factors impacting plastic pollution across countries to help ENGOs resolve issues with a global vision.

The data is collected from Science Advances published by Geyer in 2017 and Jambeck in 2015. After merging the datasets and doing some feature engineering, the variables in the dataset, shown as below, include country, population, coastal population, economic development, etc.:

Mismanaged waste from  material that is either littered or inadequately disposed of could eventually enter the ocean via inland waterways, wastewater outflows and transport by wind or tides. Inadequately managed waste indicates the waste that is not formally managed, which includes disposal in dumps or open, uncontrolled landfills where it is not fully contained. Both types can end up polluting rivers and oceans.

As you can see from the picture below, I first explored all the variables by country on a map and bar chart and attached the corresponding finding.

Here are the observations I got from the exploration:

Based on the observations above, I did a further analysis with an emphasis on the variables of plastic waste, mismanaged plastic waste, and coastal population and geographical features.

As can be seen from the graph below, GDP per capita has a positive linear relationship with Plastic Waste Per Capita, which implies that Plastic waste tends to increase as people and countries get more productive / richer. The converse also hold: per capita plastic waste in low-income countries is noticeably smaller.

The plastic waste per capita in developed countries is significantly higher than in developing countries, as shown below.

As demonstrated in the plot blew, per capita mismanaged plastic waste tends to be higher in industrialized middle-income and fast-growing developing countries.

Therefore, the development of sufficient waste management infrastructure in middle-income and growing lower-income countries is crucial to tackling the issue of plastic pollution.

As demonstrated from the plot below, I engineered an economic growth variable by the average per capita GPD growing rate of the country. I measured the per capita mismanaged plastic waste against it. It seems that fast-growing countries have less mismanaged plastic waste on average. That might be  because the most fast-growing countries are either landlocked oil-rich countries or low-income countries whose demand has not surged yet. I will take a closer look at it in future work.

As can be seen in the plot below, the coastal population has a positive correlation with mismanaged plastic waste across counties, which might because the waste generated in the coastal region has a higher risk of entering the ocean and producing severe environmental damage.

Note: Coastal population measured as the population within 50 kilometers of a coastline

As shown below, coastal countries have much higher mismanaged plastic waste per person than landlocked countries.

The governance of plastic pollution has become the problem that brooks no delay and can be issued starting from ourselves.

Fred Cheng is a certified data scientist who is working as a data science consultant in Zenon. He owns a Master’s Degree in Management and Systems from New York University with a bachelor’s in business management from The Chinese University of Hongkong. He has 3+ years of data science and financial experience across investment banking and commercial banking. He is currently looking for a role in the financial and technology fields.