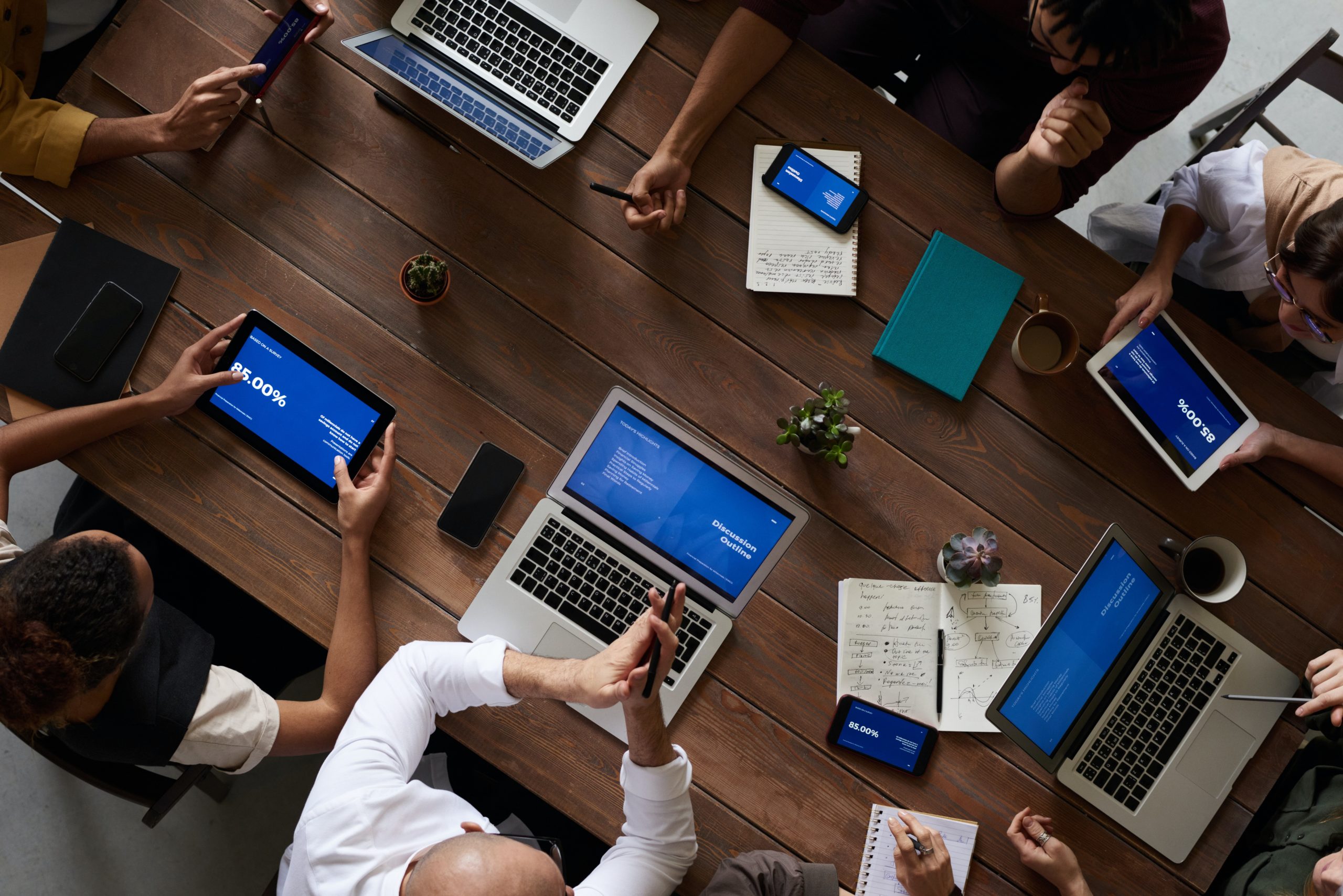 The main goal of this exploratory data analysis project was to find out if there had been employment growth in the U.S. for the past several years, and if so, particularly in which state we can see the large growth.
Also, by narrowing down the changes by industry, I made it easier to analyze which industry is booming. Additionally, I performed time-series analysis to show the growth by year and enterprise size to analyze if there is a trend of employment growth by enterprise size.

Data Summary
Based on the dataset from Census Bureau, "Statistics of US Business (SUSB) Employment Change Data Tables" was retrieved for the changes from 2010 to 2016.
Each dataset records birth and death of employment and expansion, and contraction of establishment (enteprise count) by industry classification based on 2012 North American Industry Classification System (NAICS) codes.

Some states showed tremendous growth such as Florida.

This heat map by state shows the following industries have the highest average growth:

Some industries had the concentration of growth in some states (e.g. 23.2% growth in D.C. for Arts, Entertainment, and Recreation), but other industries displayed more general growth at many of states (e.g. Professional, Scientific, and Technical Services) 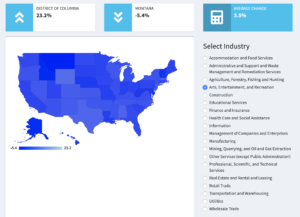 Time Series
From 2010 to 2016, there were both ups and downs in the employment and enterprise expansion/birth as shown in the following chart. It is notable that especially in 2010 and 2011, there were decreases in the number of enterprises.
However, from 2012, the changes had been positive changes.
When you select enterprise size, you can see that the smaller the enterprise size is, there is an increasing growth in the employment. It has to be noted that smallest enterprises did not even show negative changes when the enterprises of other sizes suffered the decrease.
The largest enterprise size, companies that employ more than 500 employees, showed slowest growth. 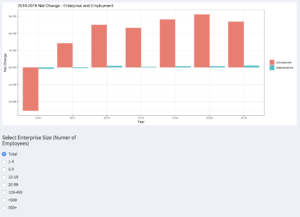 Conclusion
Overall, the numbers from the dataset display positive changes in most of industries over the recent years.
If one is looking for a job, it would be advisable to look for employment at smaller companies. Also, it should be noted that if you are shifting your career towards construction, arts, entertainment and recreation, finance and insurance, or educational services, the chances of employment are relatively high.

The next step of this research project could be to confirm the predicted positive changes based on the next economic census results to be released in next few years or other datasets.

Statistics of US Business (SUSB)