This is the word which you have heard of at least once in your life. But you probably might not have thought much about this word, right? One could never imagine playing a game without a game engine. Getting a quality video means a lot in the gaming industry and hence seek the help of best video production companies to get the suitable service.

Game engines exert full control over a game and are mainly utilised for developing games. For all these reasons, only developers with experience and skills are in demand since these game engines are customisable with boundless possibilities.

Knowing their purpose paves the way for understanding what game engine is. According to Unity, A Game engine is a software that provides game creators with the basic set of features to develop games rapidly and efficiently. 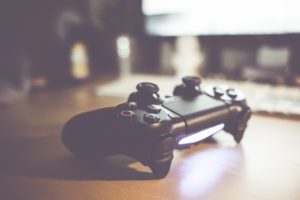 What Makes Them Relevant

In particular, developers use game engines to build the framework of the game and gives them further time to concentrate on elements like character models, textures, how objects interact, and the like. Developing games would be longer and hard to make if all and sundry build games from scratch without making use of superlative game engines.

As you can see, a great deal of large companies and indie teams still create game engines. This stand in need of utilising application interfaces such as OpenGL, XNA and DirectX in addition to commercial and open-source libraries that comprise of scene graphs, physics and GUI libraries.

It's not simple to create an unsurpassable video game engine but sometimes essential if the game is different enough that no prevailing engines will work.

Providing underneath some of the best video game engines to pick from based on your needs.

Developed by Epic Games, The Unreal Engine is a game engine which became one of the most popular and extensively utilised game engines. It was showcased for the first time in 1998, and even after 17 years, it is utilised for some of the greatest games each year.

Some of the renowned titles made with an Unreal Engine comprise of Mass Effect series, Bioshock series, Gear of War series and the Batman: Arkham series.

The power of the Unreal Engine is its capability to be altered enough so that games can be created for truly unique experiences. Professionals could easily benefit from the most advanced version- Unreal Engine 4 owing to its easiness to use. Numerous engines are open for new designers which makes it easier for them.

Undoubtedly the subsequent one succeeding unreal engine could be Unity. Unity is a cross-platform engine created by Unity Technologies on June 8, 2005.

According to Wikipedia, Unity can be used to develop three-dimensional, two-dimensional, virtual reality, and augmented reality games, as well as simulations and other experiences easily.

In the year 2018, the engine had been widened to support more than 25 platforms.

A great deal of indie developers prefers Unity owing to its high-quality content, great functionality and its capability to be used for any game. Remarkable titles made with Unity include Lara croft go,Her story, Kerbal space program and Pillars of Eternity.

Unity 5 personal edition enables download absolutely free of cost. This covers the engine with all features to make games on each platform.

The professional edition with tremendous tools obliges monthly fee. This creates an obstacle. Some of the features are game performance reporting, beta access, team license, customisable splash screens and a lot more.

Gamemaker: Studio doesn't demand a programming language to use it and the ones who have coding experience could make better game. Rather than coding with native languages, the users only need to "point and stick" to easily create games.

GameMaker faces the issue of not having much developers compared to other engines. Even though it offers a free version, you should purchase either the Master or Professional version to benefit the most from GameMaker.

Godot is a free of cost and open-source game development platform. It can make games for mobile devices, PCs and the Web platform.

Godot game engine is excellent for creating both 2D as well as 3D games.

According to GodotEngine, Godot gives a large set of common tools so that you can just concentrate on creating your game without reinventing the wheel. Godot is absolutely free and released under the MIT license.

One positive sign is that Godot's community continually fix all the bugs and produces new features, and this sort of community ensures answers to even the most specific Godot-related questions. Godot also links out to its other internet hubs, which includes Facebook groups, steam community, Reddit forums and the Godot forums etc.

Created keeping in mind individuals like beginners, Hobbyists and Indie Developers, AppGameKit a video game engine which is quite simple to learn. Concentrating on instant coding and developing apps and its sharing across platforms, AppGameKit gives a high-level coding and programming tool even easy for a beginner to understand.

This swift repetition and cross-platform sharing is oriented towards mobile game development and operates in most platforms like iPhones and iPads, Linux, HTML5 Browsers, Raspberry Pi, macOS, Windows and Android.

AppGameKit climbed into one of the top 16 game engines of 2014 by Develop-Online.

CryEngine is a robust game engine that provides you with the full engine source code without any impending royalties, obligations and license fees. With respect to its visuals, CryEngine is a stunning video game engine which is entirely free. It had in the stack an attractive graphics and realistic characters.

Various platforms like Playstation 4, Xbox One, Oculus Rift, Windows PC along with others could be developed using CryEngine. German game developer Crytek developed CryEngine. It's been used in every title they have with an initial version being utilised in Far Cry.

According to a report by Kotaku, CryEngine was licensed to Amazon for $50–70 million. Following this, Amazon released a brand-new version named Amazon Lumberyard.

Amazon Lumberyard (based on CryEngine) is a free and fully customisable cross-platform video game engine by Amazon. Amazon Web Services(AWS) is a reliable cloud platform made and maintained by Amazon.

The only difficulty is that Amazon Web Services by Amazon is charged. Suppose if you favour multiplayer games, Lumberyard has the right tools for you to make it happen.

Some of its Customers include Amazon Game Studios, Leslie Benzies, Cloud Imperium Games, Behaviour Interactive, and more. Currently, the software can be used to develop games in platforms like Windows, Playstation4, Xbox with limited support for both Android and iOS and future support for Mac and Linux.

RPG Maker has a simple and easy to use user-interface. This is extremely beneficial for beginners and experts since you could create a whole game even if you are zero in game programming.

RPG is a chain of programs used for creating Role-playing video games(RPGs) initially released in Japan.

It gained popularity, and millions of games were made using RPG Maker each year which includes numerous commercial games. Some of its platforms include PlayStation,PlayStation 2, Linux, PlayStation 4, MacOS.

LibGDX is a free and open-source video game engine which is written in the Java programming language.

It produces a unified Application Programming Interface(API) that runs across all supported platforms. Merely having a single API gives libGDX an excellent choice for cross-platform development.

No matter which platform you’re targeting- iOS, Mac OS, Linux, Windows and the like utilise the same API. Your game could be run and debugged in your desktop using LibGDX, thus making it simple to create rapid iterations of the game and swiftly tests the changes.

Topics that comprise development with libGDX as well as tutorials to get started are there in the libGDX forum. A "source guide" with the demo is also available.

According to urho3d, Urho3D is a free lightweight, cross-platform 2D and 3D game engine implemented in C++ and released under the MIT license.

Urho3D is yet another video game engine which will guide both the beginners as well as experts since it contains 'How to' guides that leads you through the whole game development process.

Since its a cross-platform engine(2D/3D) it provides you walkthroughs to custom fit the initial project of yours, which is entirely free of cost. Urho3D at present is on version 1.7.

Urho3D also have certain shortcomings, which includes the fact you’ll require skills in “C++ for performance-critical code and improving existing subsystems such as networking, physics, and animation, depending on your needs.” The list containing their limitations are available on their website.

Video game engines render a platform for developers to make better and develop the game productively and effortlessly within a limited time. Game engines are the soul of any game which you play but always make sure that you are really engaged while playing a game. Only an outstanding engine is both the heart and brain, which makes your possibility of a favourite game. Game engines are always a complex thing to get it right.

The first step in becoming a data scientist is to complete your Data Science Bootcamp Application.  Just click the button to apply.  It's free and will only take you about 5 minutes.

Topics from this blog: Featured