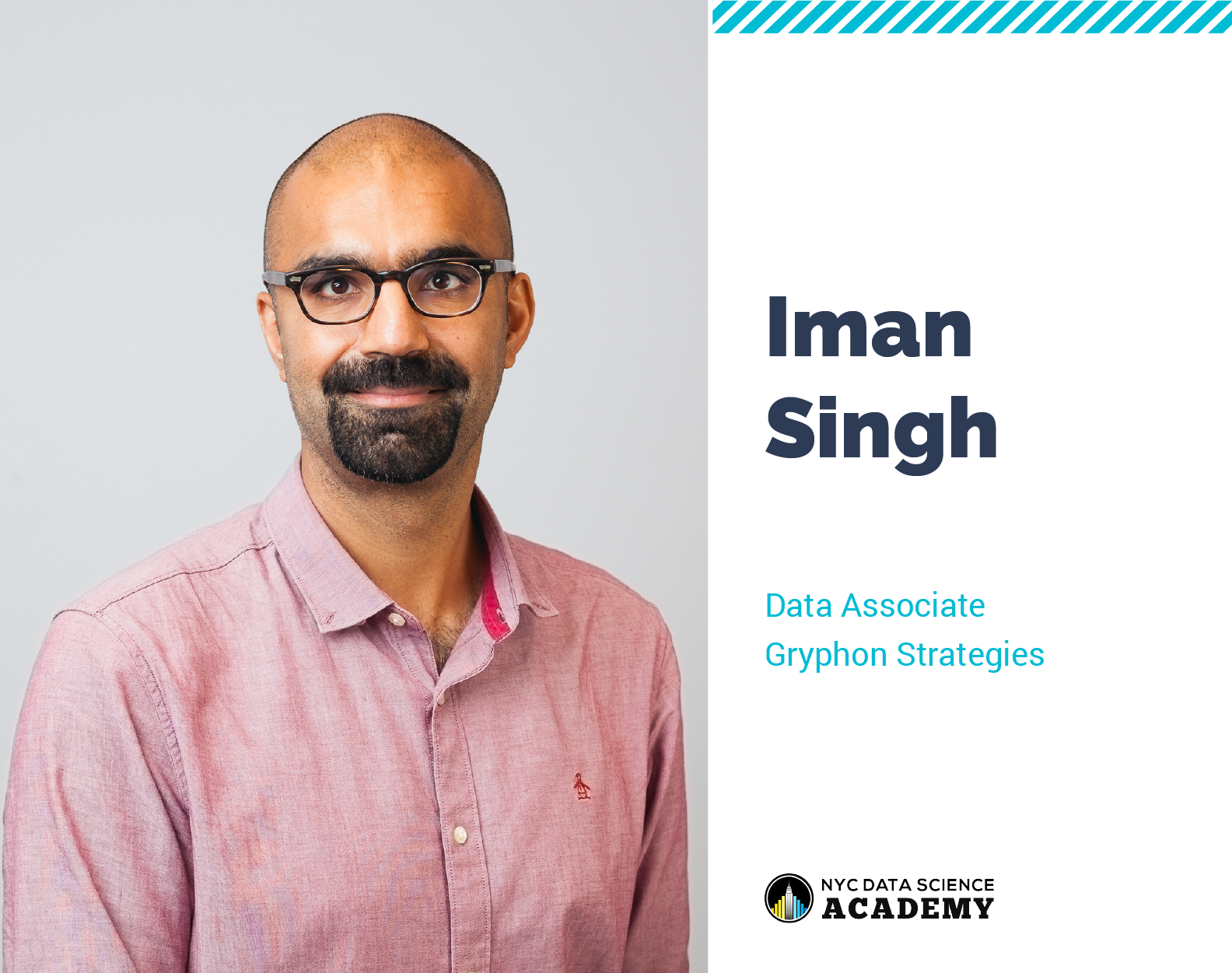 Sean Kickham came a long way from St. Louis when he pursued his degree and his career in education. He now has a long way to go, farther east, for his new job in Dubai. Sean always had an interest in math that he first directed toward teaching. When he decided to explore a new career path, he found that he could draw on that as well as his interest in data applications to pursue a career in data science. He opted to enroll in the bootcamp to learn the requisite skills and is now looking forward to working as a data science manager in Price Waterhouse Cooper’s emerging tech lab in Dubai.

Could you fill us in on your educational and career background before you decided to pursue data science?

I earned a BS in mathematics and pre-med studies from the University of Notre Dame and a Master’s Degree in secondary mathematics education and teaching from Relay. I worked as a middle and high school math teacher for five years.

Why did you decide to study data science?

That decision involved a number of components. After teaching for five years, I realized that I had been immersed in the field of education, first as a student and then as a teacher. I decided I wanted to experience something new that was outside the educational field. I left teaching without knowing exactly what that would be.

I thought about going in the direction of my math background and also thought about computer science. Someone recommended that I learn Python. I did that at Khan Academy. I found I enjoyed it a lot more than C++, the only coding language I had known before. I started thinking about working with that.

To crystallize my new direction, a friend suggested I think about what aspect of teaching I particularly enjoyed. I realized that it was using data analytics in the classroom. Though it was just Excel spreadsheets, I really enjoyed gathering data to plan to teach my student better. My friend said I should try data science. I researched it a bit more and found how it combined data analytics, computer programming and number crunching in this hot new field that I thought it would be exciting to be a part of. Once I decided it was for me, I started looking into different bootcamps.

Why did you select NYC Data Science Academy bootcamp?

It had such a wide array of topics covered in the curriculum. It includes Python, R, SQL, data visualization, data manipulation, machine learning and deep learning topics. I found it all very cool and a perfect fit for what I wanted to do.

How did you find the curriculum?

The learning environment here was very intense. There’s a lot to learn in a very short amount of time, so you’ve got to be very dedicated. This turned out to be a good thing because the type of people attracted to the program were really driven.

How did you find the other students?

I was very impressed by the academic caliber of my classmates and seeing them work so hard with difficult concepts and talking with them about these concepts and the projects we were working on pushed me to a better understanding.

How did you find the projects you worked on during the bootcamp?

There were four major projects. The first one was based on data visualization and a shiny app. The second was a web scraping project and involved data analysis. The third involved machine learning that used Tableaus. My favorite was the fourth, the capstone project, which allowed us to select anything we wanted to explore. With a group of five participants, it was the biggest project I had worked on.

What I really liked about it is that it gave each of us a chance to take what we had learned at the bootcamp as a starting point and kind of push ourselves into this independent study realm where we were figuring out for ourselves how to solve the problem we were working on. For me that involved creating natural language models and making sure that model was working for our needs, so we could deliver a product that was useful for our users.

What did you like best about the bootcamp experience?

It was enjoyable for me to be coming into this bootcamp filled with other nerds interested in math and, even better, using it to solve real-world problems. It was fun having happy hours after a long week of working really, really hard. It gave us an opportunity to unwind but also talk about the machine learning algorithms over a beer.

What advice would you have for students considering enrolling in the data science program?

I think it’s very important to do the pre-work for the bootcamp. It’s good to do as much of the work that you are offered as you can. Prioritize the projects and try to make them something special and also to teach yourself confidence when given coding tests by companies you apply to.

I have another three pieces of advice. First, really try to make your projects complete, interesting, and clean because companies and future employers definitely do look at your GitHub. Second, keep your skills sharp by doing projects, whether you start them on your own or by going on HackerRank and trying project there. Third, for those coming in from a different background, I would say, it’s really important to build your network. I went to many networking events. I also reached out to friends of friends of friends on LinkedIn, trying to find someone willing to talk to me and maybe even willing to put me up for an interview. I was pleasantly surprised with how friendly people were, and that definitely helped me with my search.

How did you find your job search experience?

My job search process was very long and challenging. I was searching for a job for 10 months after graduating from the bootcamp. It’s not that it took that long to get an offer. I had received job offers two months after graduating, but I was being picky. I turned down jobs in a city didn’t want to be in, or those with that weren’t offering enough money, or jobs that didn’t offer projects that interested me. I had to wait a little longer to get something that fit right. I learned that I shouldn’t dismiss jobs without getting a closer look at what the job entails.

How did you end up accepting the job in Dubai?

My soon-to-be manager reached out to me on LinkedIn and offered a conversation about the opening. He said it’s for Price Waterhouse Coopers but in Dubai. He wanted to be sure I was up for that. Even though it sounded somewhat scary, I thought I should see what happens. We went on to more and more conversations. Eventually, I did get the offer, and it felt like the best move for me.

I was hired as a data scientist for PwC for their emerging tech lab in their Middle East region in Dubai. I will be working in this tech lab with 11 other people. I have a manager above me, but as this is a managerial role, I also have someone working below me. I will be working on a variety of projects. This lab is an autonomous organization, and the people there can choose the project that they want to work on, which I think is very exciting. So I’m excited to get started.