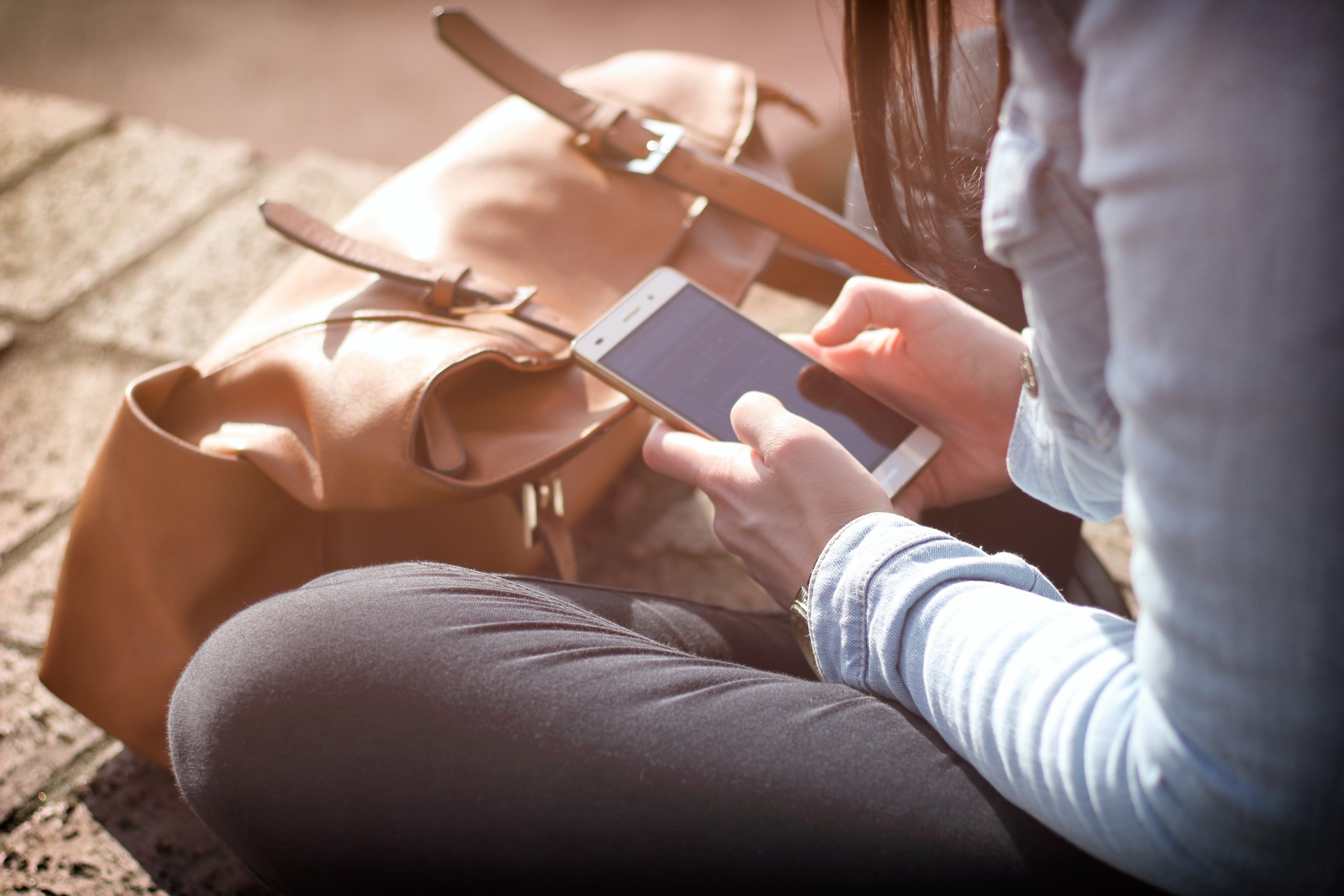 There are a lot of concerns about the impact of smartphones on the mental and physical wellbeings of youth. Being the first to grow up with smartphones and social media, the young generation is bearing the unknown disadvantages while taking advantage of technological advancement. Personally, as a mother to two young kids, I find myself constantly trying to figure out whether to give my kids screen time, how long they should spend in front of a screen, and what kind of screen time they should have.

The Youth Risk Behavior Surveillance System (YRBSS) is a nationwide survey conducted by the Centers for Disease Control and Prevention since 1991 every two years. It tracks a lot of youth risk behaviors, including computer time, among high school students. The survey reports the percentage of students who answered yes to each question among all the students who answered that question. It also gives percentages for subgroups like genders and grades.

In YRBSS, the description of the question about computer use is as follows: "played video or computer games or used a computer for 3 or more hours per day counting time spent on things such as Xbox, PlayStation, an iPad or other tablet, a smartphone, texting, YouTube, Instagram, Facebook, or other social media, for something that was not school work, on an average school day". This question will be referred to as "computer use". The map below shows the percentage of students who responded yes to "computer use" across the US in 2017 (the most recent year with data available). 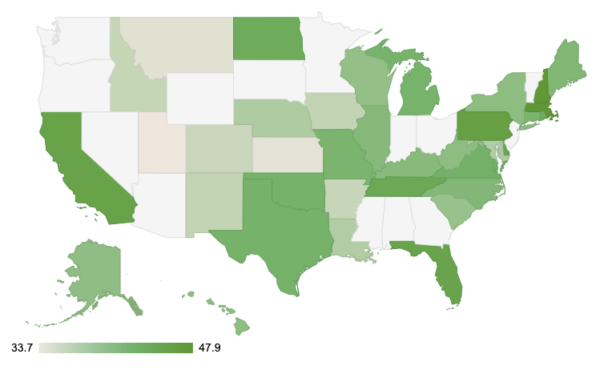 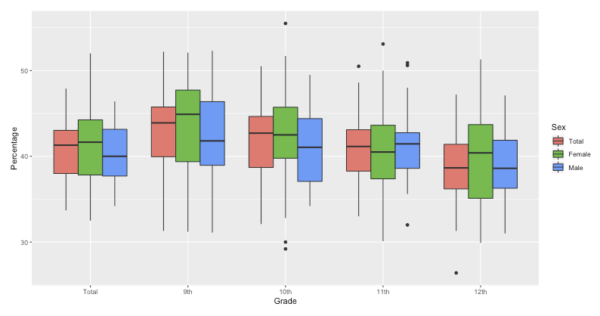 This question has been asked in the survey since 2009. There has been a significant increase in computer use among all grades and both genders. 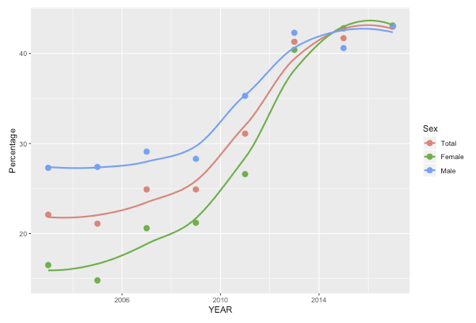 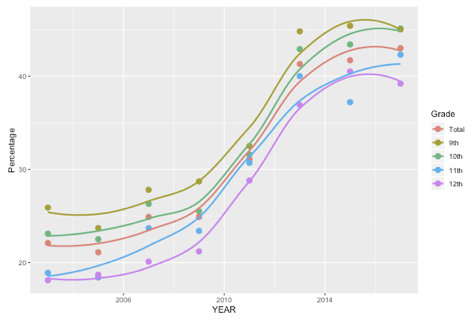 It's particularly interesting that female students were using much less computer time than male students in 2009, but their computer usage rapidly increased from 2009 to 2013. At the same time, we also see an increase in unhappiness among girls. 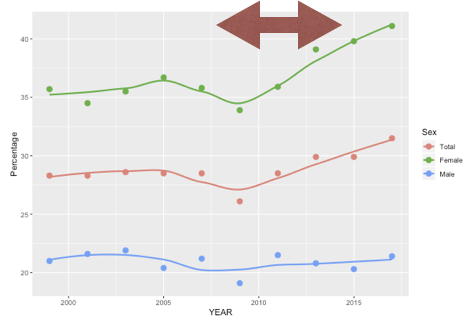 The obesity rate also went up at the same time. 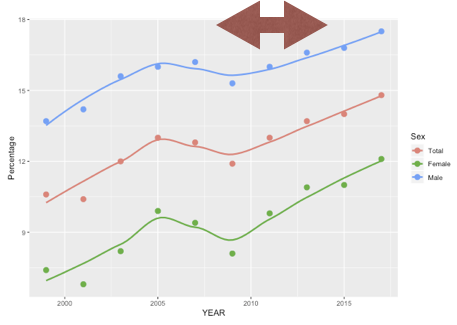 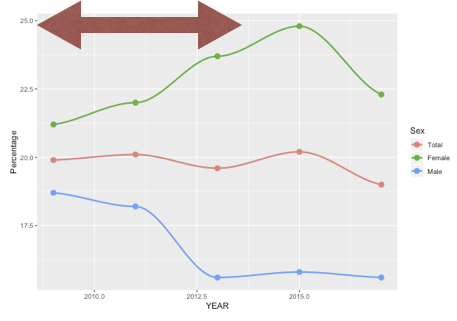 While students are sleeping less in general, the trend started after 2013. So there is an offset in time between the growth in "computer use" and decrease of sleep time. 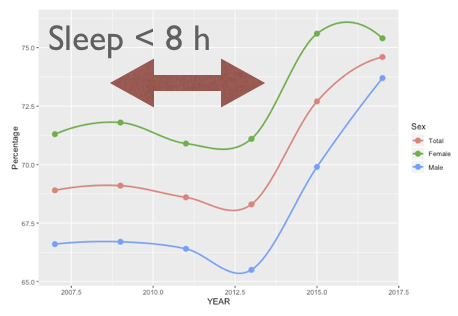 We make scatter plots of "computer use" versus these behaviors, and fit a linear correlation. 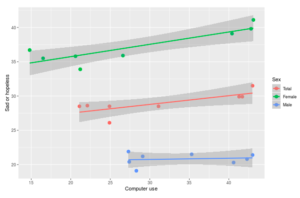 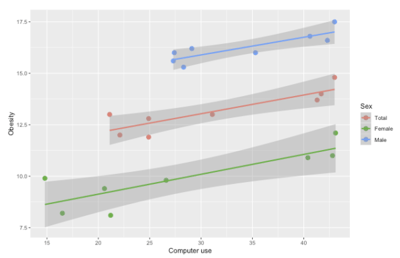 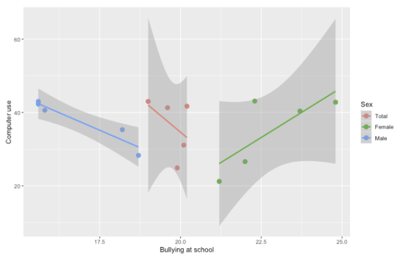 But correlation doesn't mean causality. If we plot unhappiness versus alcohol use, there is a strong correlation as well.

Apparently, we can't conclude female students are feeling sadder because they are drinking less alcohol (can we?).

The shiny app I built has data from the entire survey. Users can use the interactive app to explore the data set by themselves. The source code is written in R and can be found at my GitHub page.

Ting Yan is a Data Science fellow at NYC Data Science Academy. She holds a Ph.D. in Astrophysics with a solid background in mathematics developing analytical models on diverse subjects. She has excellent programming skills with applications on...