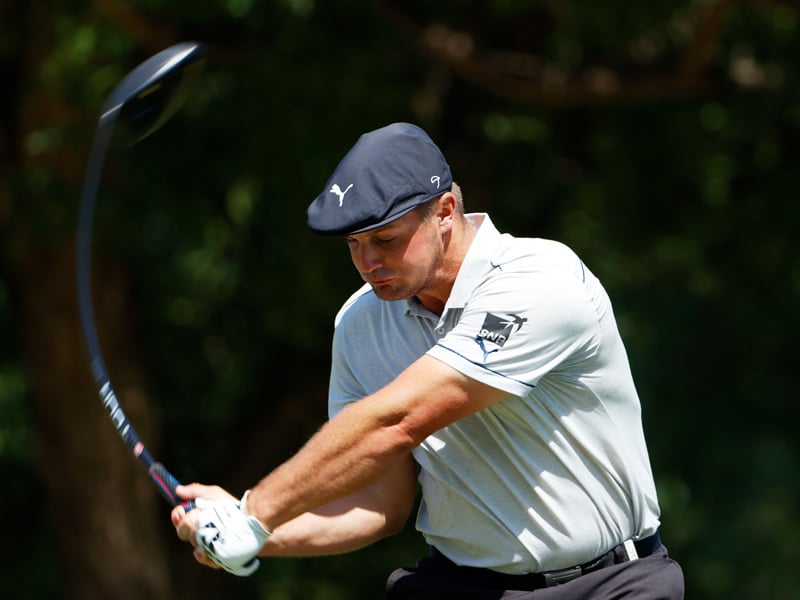 To be the best on the PGA tour in the modern era, you have to be among the best drivers. Let's explore why that is the case, increasingly so. I got the idea to do this from an exclamation a golf commentator made during this year's US Open, one of the four major golf tournaments and notorious for selecting among the most challenging golf courses in the country.

The exclamation was, "If I had a kid right now into golf, I would tell them to swing as hard as they can." You see, that was so counter-intuitive to what I understood about golf, a game, to me, that was all about power and precision. Meaning, swing as hard as you can while hitting the sweetest spot of the ball. Isn't that the beauty of precision, a boxer landing a pinpoint punch can be as effective as a haymaker, a more graceful racecar driver over many laps is faster than the aggressive, edgier driver who will make more mistakes.

It was clear that the announcer's claim was an earnest reflection on the state of the modern PGA Tour, 200 of the best golfers in the world. Although the tour featured a broad range of athletic frames, from Abraham Ancer, a sharpshooting Mexican standing at 5'7", 155 lbs to Bryson Dechambaue, an imposing 6'2", 245 lbs that one could mistake for a middle linebacker. 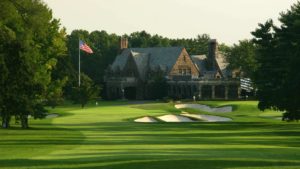 It was actually this tournament, the US Open at Winged Foot, that Bryson left a heavy impression on the game, not only winning but winning by a lot. Winged Foot had incredibly unforgiving rough grass, meaning in order to score even remotely well you had to keep the ball in the fairway, or so people thought. Bryson tore through the rough grass as he tore through the competition, ignoring the fundamental rules of the historic course and the sport itself.

Bryson is just another exclamation point to a trend in golf that was inspired by Tiger Woods in the early 2000s. Make no mistake, Tiger was not only one of the longest hitters of the ball, he had an accurate mid-range game, and was one of the best putters on top of it. No better golfer has played the game, period. The 2010s turned the trend up a notch with Bubba Watson, Dustin Johnson, Rory McIlroy, Brooks Kaepka to name a few.

It is important to note before we move forward that there are also several examples of golfers that have succeeded over their heavier hitting rivals, Jordan Speith, Rickie Fowler, and Justin Thomas have all proven that control, touch, and discipline are not lost arts in the game of golf. However, it becomes clear during our analysis that not only is hitting the ball further an advantage. 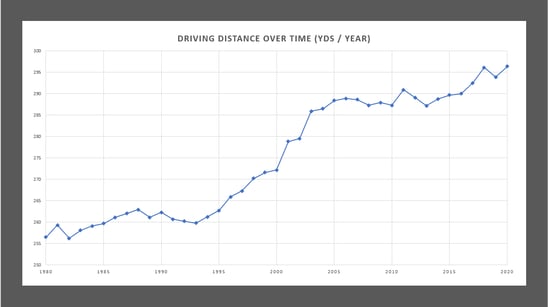 In the example above, note that although the long hitter hit the drive further than the accurate hitter in each of the 3 simulations, 2 of the 3 times the long hitter ends up in a worse position, either taking a penalty for hitting into the water or in hazardous conditions to the right.

Moving on to Strokes Gained, from the PGA Tour website, "The Strokes Gained concept is a by-product of the PGA TOUR's ShotLink Intelligence Program, which encourages academics to perform research against ShotLink statistical data. Professor Mark Broadie from Columbia Business School developed the early concept which was later refined by the TOUR." It is defined as "the per round average of the number of Strokes the player was better or worse than the field average on the same course & event."

If that is unclear, let me illustrate first with an example of how hitting the ball further CAN be advantageous.

In the example above, being aggressive paid off (high-risk, high reward). Now, we move to the situation in which high-risk turned into punishment instead.

In this example, we can see that although the long-hitter hit a further shot because the ball landed in hazardous conditions, the player ended up taking 1 more shot to get to the green than the accurate hitter. In terms of Strokes Gained, the long hitter has -1 Strokes Gained or has lost a stroke.

Now that we understand the dynamics in play and Strokes Gained, we can answer the question: do longer hitters of the ball reach the green quicker than accurate hitters of the ball on average? The answer is simply, yes. However, evidence suggests that this notion has grown stronger over time (2004-2018).

This is a chart of the top 10 drivers each year, and how much the total Strokes Gained they were able to capture grew over time. 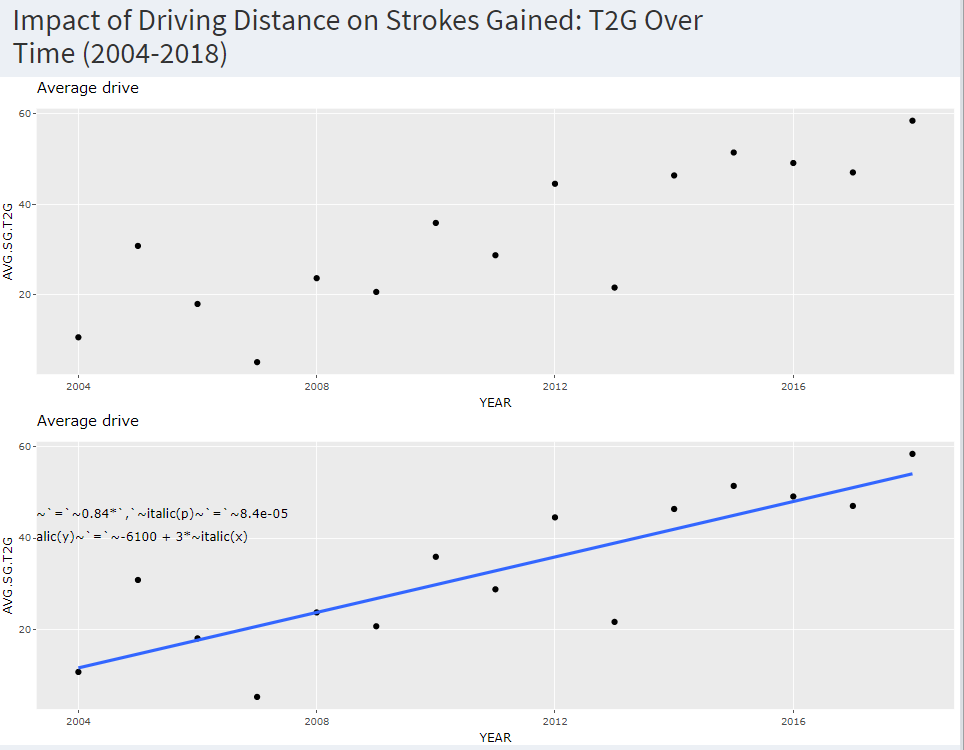 The chart has a strong correlation (r) = .84, indicating there is evidence that hitting longer matters now more than ever.

A look into data collection: